The story behind Lindsay Lohan’s most recent arrest just keeps getting classier. Radaronline

I’ve never wanted to club something to death so badly in my life. Caution SFW, but deeply disturbing. Toofab

Miley Cyrus had to cut up a few fools to get some street credz. Globalgrind

Ever look in the mirror and think “God, I look like shit,” and then wonder ‘How does Jessica Alba looks so good, that bitch has two kids?’ Well apparently it’s because she works out hard, eats right and has millions of dollars. So she can afford i-Lipo treatments at $300 a pop.

If you’re really interested in i-Lipo, you can read all about it here. But I have a feeling you’re just going to keep eating that Ho-Ho and move on to the next post. In summation, Jessica Alba is a skank, and tasty Hostess products can solve all your problems. 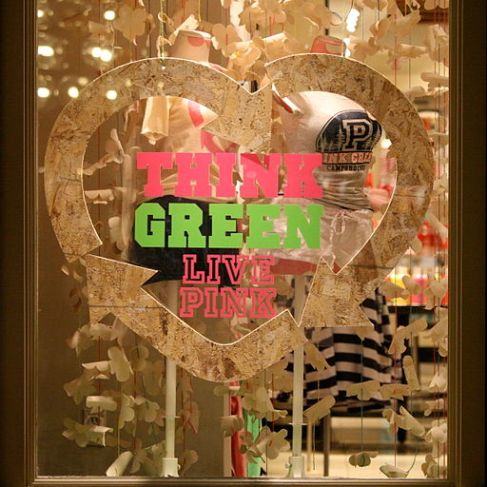 I believe that headline is grammatically correct, Alex (smartass.)

The muckrakers at GreenPeace are at it again, this time stirring the pot in their new 56-page-report  that claims lingerie and clothing produced by Victoria’s Secret in Chinese sweatshops contain toxic chemicals.

Unless you’re some kind of mindless consumer that makes shopping decisions based on Giselle’s bouncing breasts (me, here!) you would know that Victoria’s Secret is nothing but overpriced crap, and what you’re really paying for is their enormous advertising budget which includes however much it costs to have Adrianna Lima trounce down the runway in a diamond bra, and Justin Bieber parade around singing in a castrato.

$30 for a pair of panties?  That’s the yearly salary of the 8-year-old factory worker who sewed them! And then you can’t find a bra there that doesn’t have at least two cups worth of padding in it.  Which seems like a great idea, until you have to take it off, suddenly a glass that was abundantly full becomes a swallow of backwash. 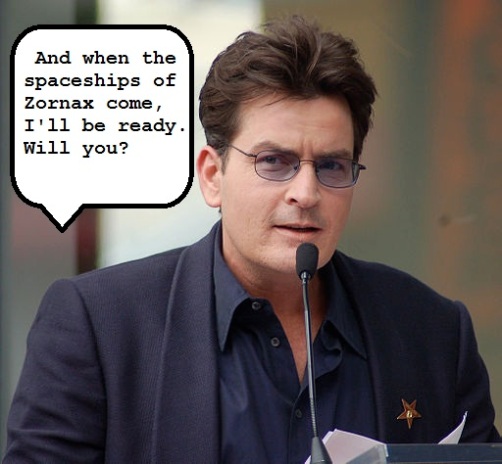 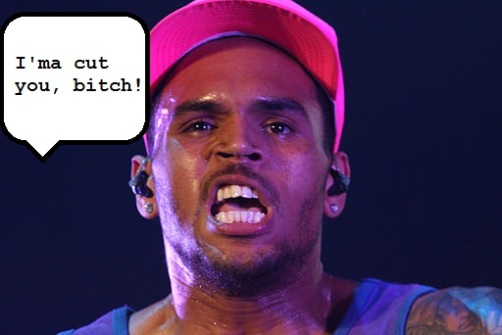 Known on the web for their scathing wit…

That lightening-rod of human decency, Chris Brown, may have to reign in some of his Twitter followers who began issuing death threats to comedienne Jenny Johnson after she engaged in a tweet-war(God, that sounds gay,) with Brown, in which he deleted his account afterwards.

“@JennyJohnsonHi5 whore bitch. if chris kill you i will have more respect of him ..” Tweeted by @NinaBreezy16.

Or this gem by @Nellybreezy who later deleted his account “Do u wanna know what im gonna do now ? Im gonna kill that Jenny Johnson for making Chris delete his twitter,”

Obviously, Nellybreezy was inconvenienced by his inability to follow the 144-character rants of a derelict, and wanted to voice his frustrations in a concise yet poignant way. Way to stick it to the man! Or in this case, woman. Brown had better do some damage control, this could harm his squeaky-clean image! 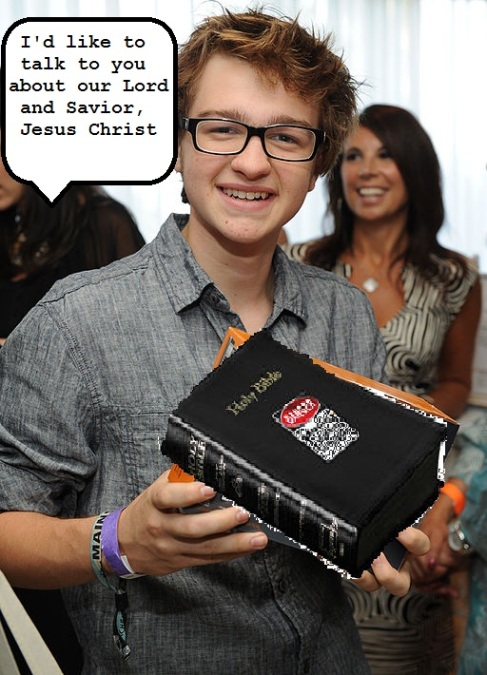 Making Out With Miley Cyrus Was the Last Straw

Angus T. Jones, you know, that little turd that plays on Two and a Half Men? That show no one watches? Or at least I don’t.  Well apparently he’s all grown up now, and he has  opinions; the convoluted, self-righteous opinions of a celebrity teenager.

In a video released by the Seventh Day Adventist website Forerunner Chronicles Jones pleads people not to watch his show, calling it ‘filth’ and says he no longer wishes to be on it.

Unfortunately, Jones seems to have locked himself into some kind of satanic contractual obligation back in October 2010 guaranteeing him $7.8 million for two seasons plus a $500,000 signing bonus.

So his renunciation of the show is coming after he’s made boatloads of money and can afford to burn all his bridges and take a moral high ground.  Ask Sheen how well that worked out for him. 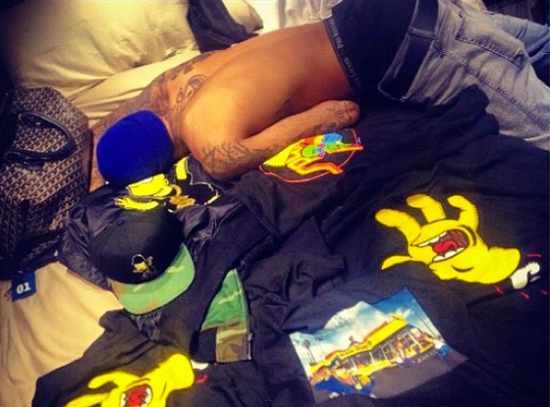 Together Again. Rihanna tweeted the above picture of what appears to be a headless Chris Brown on a bed, causing wild speculation on the web about whether the two are back together and proving my original hypothesis: people are stupid.

A Blow-Out Fight between two French men took place on Halle Berry’s driveway this Thanksgiving; Surprisingly, both men stood their ground and one of them kind of got his ass kicked. Story Here.

Psy’s Gangnam Style video toppled Justin Bieber’s Baby as the most watched YouTube video which restores a lot of my faith in the internet.  Baby sucked, while the slightly homoerotic Gangnam Style has Psy singing while another man’s balls hover just over his head, showcasing how frighteningly strange and awesome Korean culture us.  Speaking of Justin Bieber, he received the Diamond Jubilee Medal from Canadian Prime Minister Stephen Harper , and wore this.  Fag!