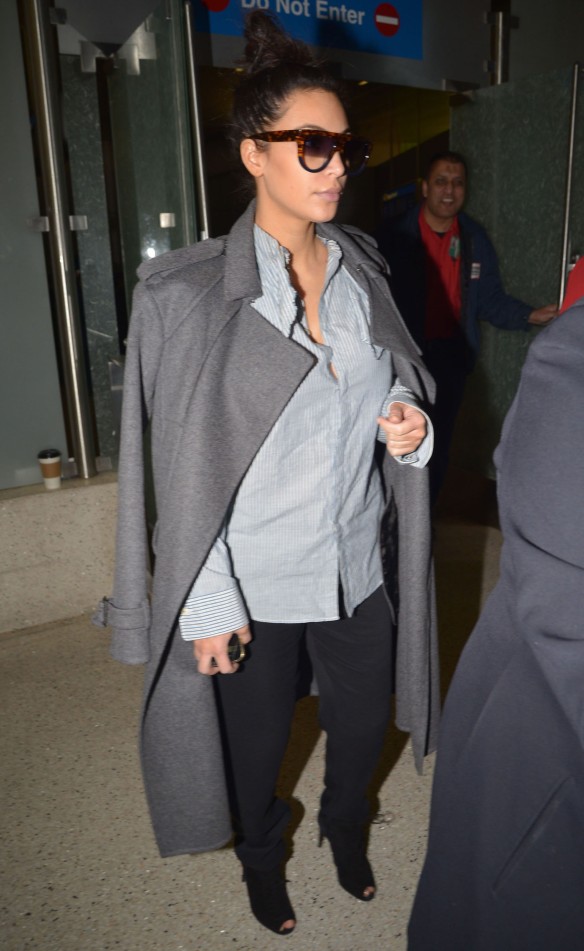 Remember this six months from now when Kim sells the first pictures of her baby to People for $10 million, because a source from the New York Daily News claims that Kim will not be selling  her baby pictures. Via Hollywood Life:

“Kim isn’t going to sell the pics. She’s not interested in doing that at all,” the source told the newspaper.

Ever since dating Kanye — who is super private like his pals Beyonce and Jay-Z — Kim has changed her priorities.

“Kris is the one who wants to make money, but Kanye has changed Kim so much. He’s not interested in doing any of that. He did one episode of her show and he’s not coming back on,” the source added. ”He’s not ever shown on Kourtney & Kim Take Miami. It’s just not good for his image and he’s way more private than Kim.”

The source added that Kim will probably release photos of her and Kanye’s baby on her own terms.

What Kim seems to have forgotten is that Kanye, Beyonce and Jay-Z are all talented to some degree. Well maybe not so much Kanye. But Kim, Kim isn’t really good at anything, unless getting slapped in the face with an enormous black dick while staring into a camera constitutes talent now. No? I didn’t think so.

In fact the only thing Kim and the rest of her vacuous, money hungry family is good at is exposing their mind-numbingly vapid day-to-day lives via every media outlet possible. These people sell their used underwear on e-bay, I wouldn’t be surprised if they started selling their toenail clippings, and we all know god-damn well that if Kris Jenner could score a deal with Kotex, every last one of them would be Instagramming their used tampons.

So when Kim says she values privacy now and won’t be selling her pictures, what she really meant to say was, “I haven’t heard my name mentioned in the last 24 hours, so let me say something completely implausible and stupid so you can talk about me some more.”