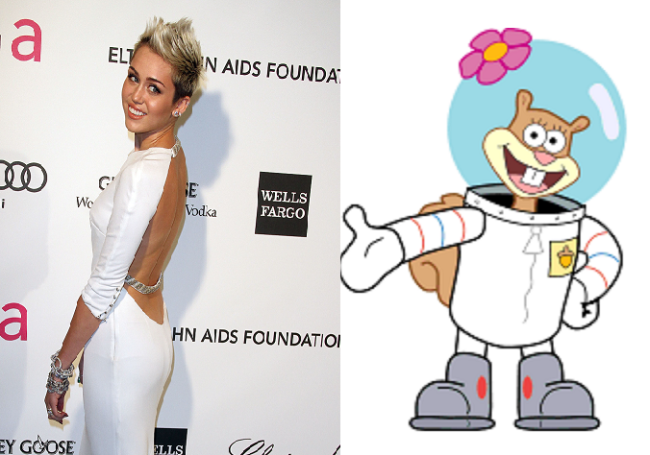 Because being in a relationship with Miley Cyrus is a lot like being addicted to meth, in that it’s probably not very good for your job prospects or your teeth, Liam Hemsworth’s brothers, Chris and Luke, have staged an intervention in order to get the white squirrel that is Miley Cyrus off his back once and for all.

Liam Hemsworth’s actor siblings, Chris and Luke, were so fired up about the relationship between their little brother and fiancee Miley Cyrus, they staged an intervention with him in April.

“They want him to end the romance for good,” a source tells Us Weekly. And apparently their words have made an impact. The couple of nearly four years — who got engaged last June — recently stopped making wedding plans and have been spending plenty of time apart.

What Liam doesn’t know is that when he gave Miley that ring and asked her to marry him that’s what people from the South refer to as a ‘Law Bindin’ Contract’ enforceable by the NRA.