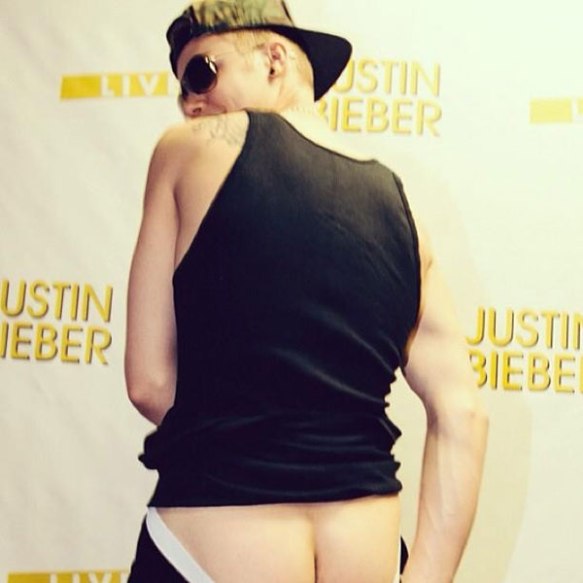 Justin Bieber “accidentally” posted the above picture to his Instagram, it was supposed to be a private message to Usher with the caption “Guess what’s for dinner tonight.”

Is this Jennifer Lawrence’s ass? Or is it the ass of a 90-year-old woman? These are the questions that define our times. The Superficial

I don’t know which one’s more desperate; Rod Stewart’s do-nothing son,Sean, looking like someone’s got a finger up his bum, or Adrienne Maloof trying to hang on to her young piece by sticking a finger in his bum. The only actual celebrity mentioned in that last sentence was Rod Stewart. D Listed

Kristen Bell’s dog knows what’s on the way and is contemplating suicide. IDYDK