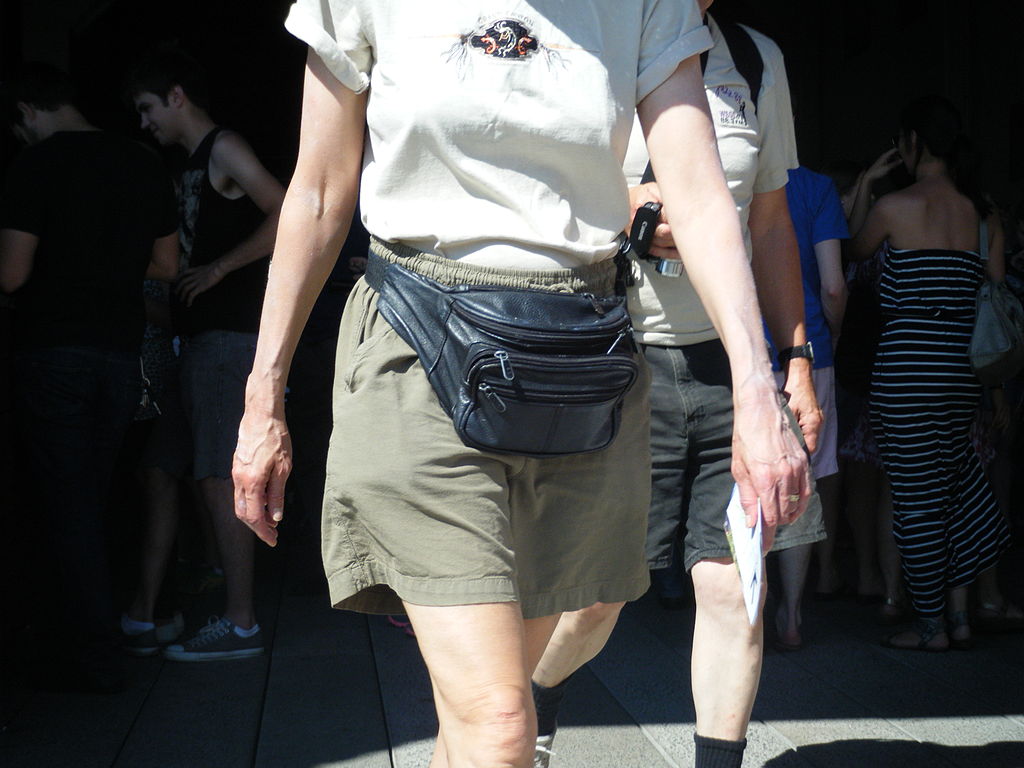 When I told my husband I was contemplating buying and wearing a fanny pack, i.e. ‘belt bag’ he threatened to stop having sex with me. Which now that I think about it wasn’t exactly a threat, so it didn’t really deter me.  Wearing a fanny pack pretty much says you’re not interested in having sex, plus I have three kids and am in a committed relationship so he can hold out all he wants but  I know he’ll eventually fold. What he doesn’t realize is that fanny packs are cool again. In an ironic kind of way. Even though Donald Trump built a wall around irony and sent in ICE to keep it from coming back into our country, irony still exists in the fashion world. Fanny packs aren’t sexy, but then again they kind of are, they accentuate your waist, and they also indicate that you don’t give a fuck, which is kind of an attractive trait in a louche, socks-with- Birkenstocks kind of way.  Also, Fanny packs are convenient. Have you ever been in line at the grocery store, digging through your purse looking for your wallet only to come up with a single sock, a moldy orange, and some hairy cheetohs? One time in Costco I went to take my wallet and the whole thing was dripping in purple ooze because an entire fucking bottle of children’s liquid Tylenol had spilled inside. The fanny pack requires minimalism even if every part of you is screaming to shove a regular size bag of Funyuns in there because you don’t want to waste a ziplock bag.