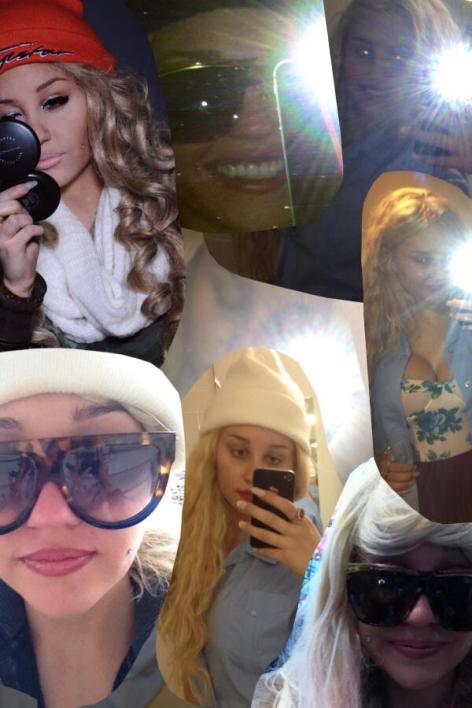 After her arrest last week for possession of drugs and attempted murder with a bong, Amanda Bynes had a quiet, uneventful weekend sitting at home on Twitter posting William Faulkner-esque stream-of-consciousness like rants that nobody understands but are supposed to believe are meaningful and important nonetheless, at one point claiming the arresting police officer ‘slapped her vagina.’ Years from now, experts will marvel at her literary genius:

I was sexually harassed by one of the cops the night before last which is who then arrested me. He lied and said I threw a bong out the window when I opened the window for fresh air. Hilarious. He slapped my vagina. Sexual harassment. Big deal. I then called the cops on him. He handcuffed me, which I resisted, quite unlike any of the reports stated. Then I was sent to a mental hospital. Offensive. I kept asking for my lawyer but they wouldn’t let me. The cops were creepy. The cop sexually harassed me, they found no pot on me or bong outside my window. That’s why the judge let me go.

Amanda then tweeted the reason Chris Brown beat Rihanna was because she was ugly, before realizing that statement might not be well received by most people except maybe certain residents of the South and the Hell’s Angels, and quickly deleted it, but not before Rihanna could reply in a surprisingly lucid manner:

Ya see what happens when they cancel Intervention?

To which Amanda replied:

@rihanna unlike ur fugly faced self I don’t do drugs! U need the intervention dog! I met ur ugly face in person! U aren’t pretty u know it!

Amanda then claimed that those tweets to Rihanna were FAKE, even though they used the phrase ‘ugly face’ which has pretty much become a registered trademark of Amanda Bynes:

I saw a bunch of mocked up tweets about me bashing Rihanna in my mentions. I’m followed by so many people that someone is always mocking up fake tweets so I feel the need to address them! Rihanna and I met and I’m sure we’ll be in a music video together one day!

And that pretty much brings us up to date on Amanda Bynes. Oh, did I also mention that Amanda plans on becoming a rapper now? Her first single will be “Slap My Vagina.” It practically writes itself.