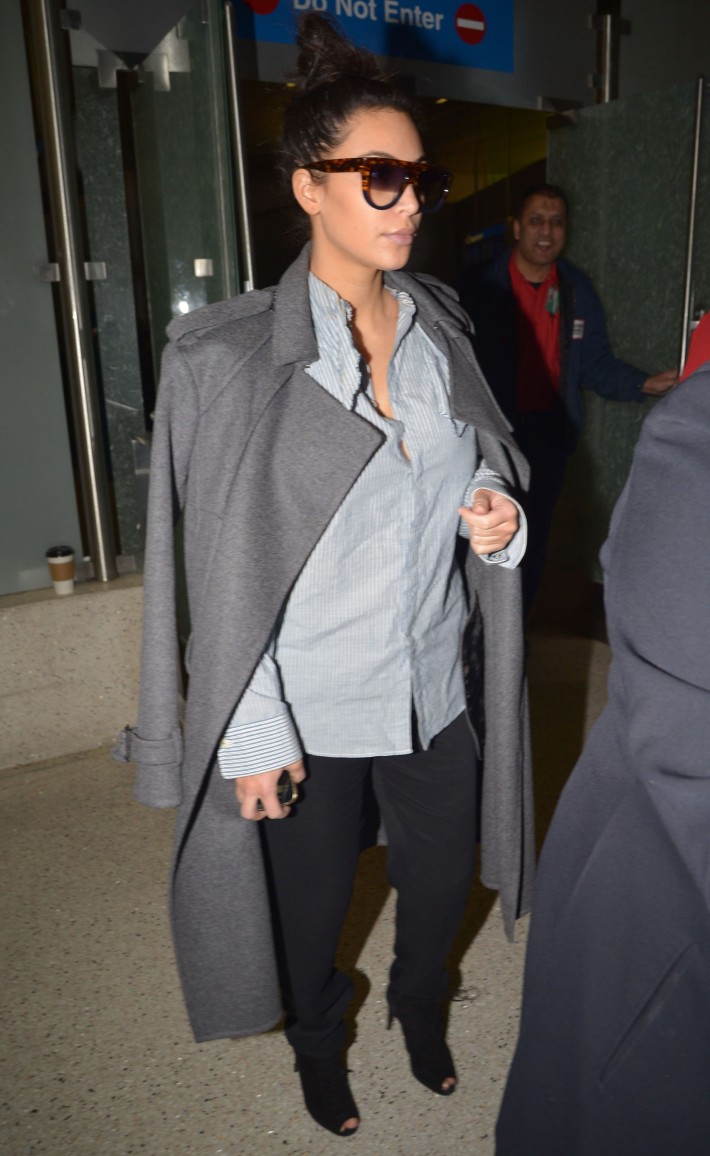 It’s looking like the last two trimesters of Kim Kardashian’s pregnancy are not going to be easy. First, she can’t get Botox anymore, so I’m guessing her face is probably going to fall off, and second she’s  faced with the herculean task of finding pieces of cloth big enough to cover her all-encompassing ass as the child from The Omen continues to grow inside her putrid womb.

Even though she still has another six months to go, Kim’s pretty much given up trying to be fashionable and has decided to go for comfort instead. She was photographed Saturday (above) wearing Kanye’s clothes and looking a disheveled wreck, then she was spotted wearing this dumpy mess, and then this monstrosity on Live With Kelly and Michael.

No one wants to see the side boob of a pregnant woman, Kim. And you’re never going to score those maternity endorsements looking like you pulled a Scarlett O’Hara and turned your curtains into a dress. Get it together, one pair of Khloe’s underwear should yield enough cloth for a nice frumpy-looking skirt, just be sure to cut out the crotch.