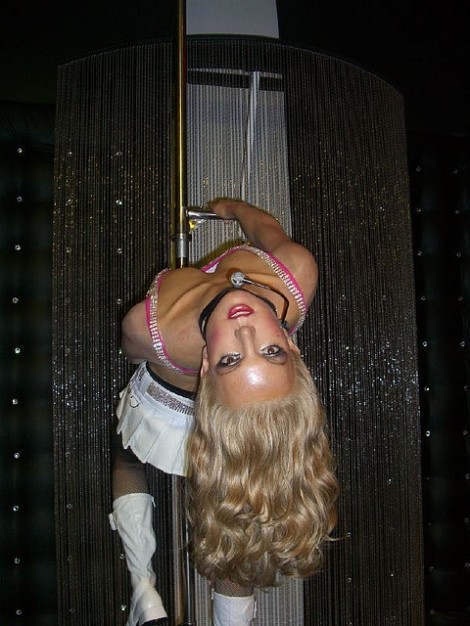 Us Magazine says that Britney Spears is going to be fired as an X-Factor judge, because staring blankly and chewing gum isn’t worth $15 million a year.

“Britney will get the boot,” an insider tells Hot Stuff of the pop star, who joined the show in May, along with fellow newcomer Demi Lovato. “Producers wanted her for the long haul, but it isn’t working.”

One reason? Spears’ $15 million contract, which sources say the low-energy mentor hasn’t earned. “They paid all that for her to say ‘amazing’ and offer half-claps,” a second insider tells Us.

Adds a third source of show co-creator Simon Cowell, who is leading the charge to axe the performer: “He wanted crazy Britney, but he got boring Britney.”

Boring indeed, as long as Britney’s taking her meds she’s about as dull as a lobotomized cantaloupe.  I can’t blame Simon, the empty chair Britney leaves behind will at least have ironic appeal and probably offer more insight and perspective than Britney could on her best day.