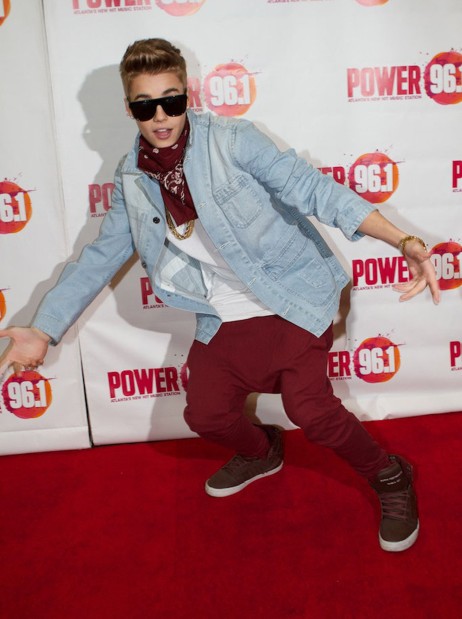 A while back, Justin Bieber spit in his neighbor’s face and threatened to kill him because he’s an entitled little twit. Nobody expected anything to come of it because he’s a celebrity in LA, and they can pretty much roam the streets using civilians for target practice and get away with it. But according to TMZ, this time will be different, this time there will be consequences for a celebrity’s reckless behavior! But not really.

The L.A. County Sheriff’s Dept. investigated the case and sent the file to the D.A. Tuesday.  Law enforcement sources tell TMZ, Sheriff’s investigators are urging prosecutors to charge the singer with battery.  We’re told cops don’t think Bieber should go to jail, but he needs serious counseling because of his repeated and escalating bad behavior.
Law enforcement sources tell us Sheriff’s investigators are worried that Bieber is either going to “get his ass kicked” or “someone’s gonna get a $2 million payday” unless the singer changes his tune.

So the L.A. County Sheriff is ‘worried’ someone might finally kick the shit out of Justin like he totally deserves, or hold him financially responsible for his reckless behavior? Shouldn’t they be worried about more important things, like oh say, terrorists detonating a nuke or the next mass shooting at a mall where the Kardashians are introducing a new line of clothing/perfume/douches? (Not that I’ve considered it.) In fact, I think Justin Bieber getting his ass kicked might be at the top of the list of ‘Things People Would Pay Good Money to See,’ right behind Farrah Abraham doing anal apparently.