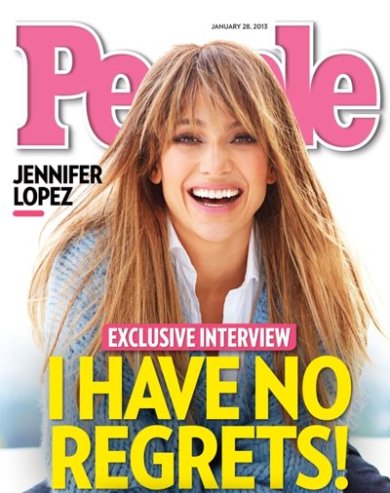 Jennifer Lopez is on the cover of next week’s issue of People proclaiming loudly that she has no regrets about being a supercilious cunt who thinks she’s too good to talk to the ‘help.’

What she does have regrets about is this magazine cover, because according to Page Six J-ello and her people think the cover photo makes her look “old and haggard” and reached out to People about it, but the photo stayed.

I’m going to cut J-ello a break, she might look like the cover model on a box of Depends but she doesn’t exactly looks haggard. At least she was able to force a real smile out of  her permanently grimaced mouth. Maybe it’s because she just crapped her pants and nobody knows it but her.