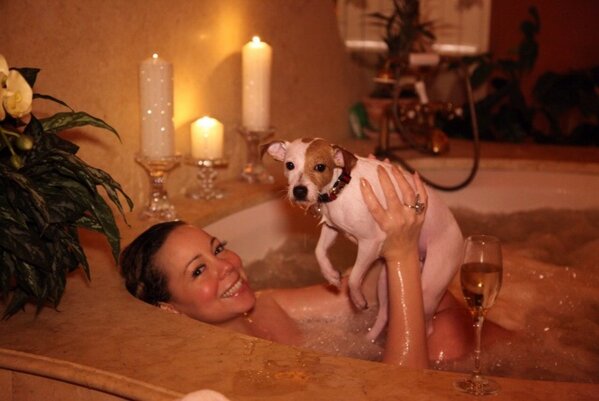 Mariah tweeted the above picture of herself and her dog in the bathtub getting ready for Valentine’s Day, and the picture below of her and husband, Nick Cannon, preparing for a Valentine’s date night. Mariah is really into clichéd romantic gestures like candles and balloons, and surgically removing the testicles of the men in her life. 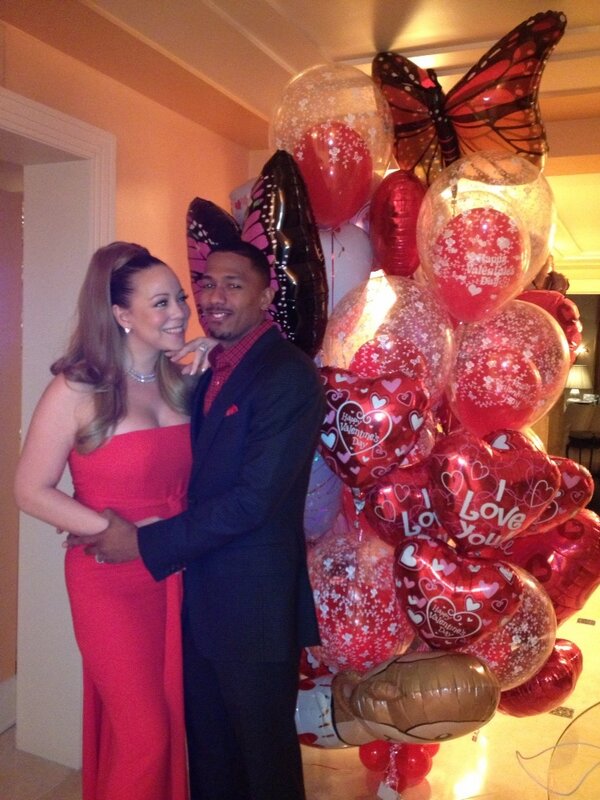