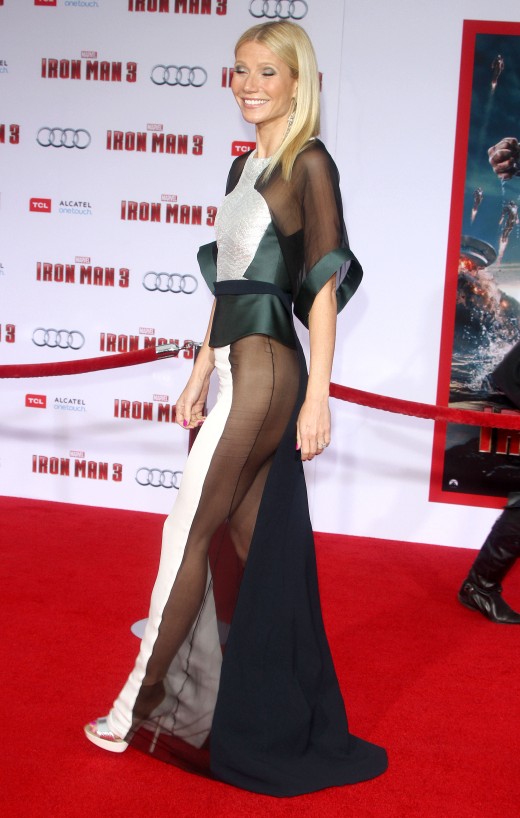 In a way, I like Gwyneth Paltrow because 1.) she had sex with Brad Pitt before Jennifer Aniston, and yet she doesn’t bitch about anyone ‘stealing’ him from her, and 2.) her over privileged, out-of-touch viewpoints allow her to make dangerous assertions about health with a straight face, she’s like Jenny McCarthy without the autism and fake tits.

In a recent interview with British Cosmoplitan Gwyneth says she disagrees with doctors who warn against excessive sun exposure, because anything natural can’t be bad for you. Via US Weekly:

Surprisingly, Paltrow tells the magazine disagrees with doctors who warn patients to avoid tanning. “We’re human beings and the sun is the sun — how can it be bad for you? I think we should all get sun and fresh air,” the actress tells British Cosmopolitan. “I don’t think anything that is natural can be bad for you — it’s really good to have at least 15 minutes of sun a day.”

Which is true, sunlight is important for the synthesis of Vitamin D which helps the body absorb calcium. Of course skin color, ie. the amount of melanin in our skin, evolved as humans spread across the globe with those in equatorial regions possessing darker skin tones as protection against the year-round sun, and those in in higher latitudes having lighter skin tones to allow them to absorb what little sunlight they get. Of course all that shit went out the window with modern transportation because  our bodies evolve a little more slowly than a jetliner travelling at 500 miles an hour. So she’s partially right, except for the whole ‘anything natural can’t be bad for you part.’ I’ve compiled a brief list of naturally occurring things that are actually quite harmful:

But go ahead and try them anyways Gwynny. All things in moderation right?