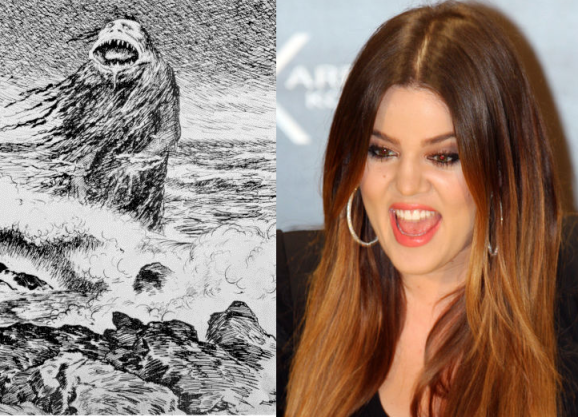 Despite making millions of dollars from endorsements, clothing lines, make-up lines and a reality show that for some mind-boggling reason people still watch, members of the Kardashian Klan still find it necessary to steal from charity. Come to think of it, this doesn’t surprise me at all. Radar:

ESPN conducted its “Outside The Lines” investigation of more than a hundred charities attached to top athletes, including (LaMar) Odom… eight years of tax records revealed that his charity, Cathy’s Kids – named in honor his late mother who died of stomach cancer – has not given any money to cancer-related causes since its creation in 2004, despite raising a whopping $2.2 million.

In addition, the investigation says it found the charity primarily existed to finance two elite youth basketball travel teams. Of the $2.2 million raised by the charity, ESPN reports that at least 60 percent — $1.3 million — went to those AAU teams.

Shockingly, the charity paid only one executive — Jerry DeGregorio, Odon’s high school coach and best man in his wedding to Kardashian, says the report…(DeGregorio) was secretary of Cathy’s Kids from 2004 through 2011, for which he was paid a median annual salary of about $72,000, while the charity operated at a loss since its creation.

Why don’t they be honest and say the money is going to support the medical oddity that is Khloe Kardashian?

She’s been selling her used underwear on Ebay for some time now under the auspices that the proceeds are going to charity, of course when you read the fine print it’s only about 5% of the actual sale price. What they’re not telling you is that Khloe needs the $4 she gets from the sale of her ‘ladies’ underwear with the extra fabric in front for her hormone replacement drugs. Shit ain’t cheap.