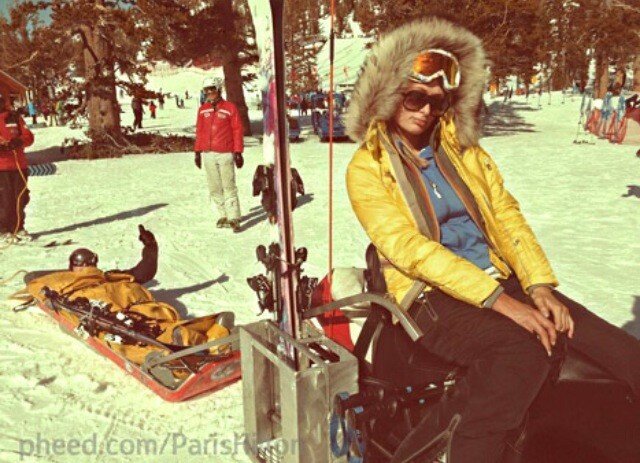 Paris Hilton tweeted this picture of herself posing in front of the camera while her boyfriend, model River Viiieri gets carted off by an ambulance. Paris has been keeping a low profile lately, probably because she realized the entire Western Hemisphere thinks she’s an insufferable cunt.

I swear, the best thing to come out of Michael Jackson’s untimely death was that his daughter, Paris Jackson, was catapulted into national fame and pretty much dealt the death blow to whatever relevancy Paris Hilton has left in the U.S.

There’s only room in America for one celebrity with a weird name that’s also a French city, and we all prefer the one that’s kept a scarf over her face for the majority of her life. That goes for you too Lourdes whatever-the-fuck-Madonna’s-last-name-is, stay out!