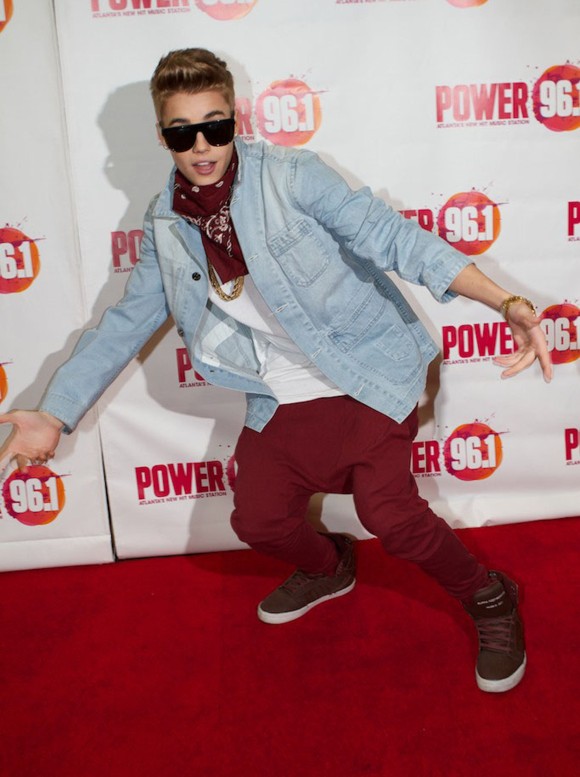 Justin Bieber attended the  Power 96.1 Jingle Ball last night looking like this. Which makes me wonder why this is the first and only murder plot I’ve heard about.

Schemes hatched in prison are usually the best laid out, because the incarcerated have plenty of time to plot out the minutest detail, and they know how to make wine in a toilet, which seems pretty smart to me. So I’m surprised and terribly disappointed this didn’t work out.

Dana Martin, a convicted killer serving two life sentences for raping and killing a 15-year-old girl in Vermont, and a very persuasive speaker, convinced fellow prisoner Mark Staake to carry out a few murders for him.  You know, just a few people who slighted him in the past, and oh yeah, Justin Bieber.

Once Staake was released from prison he recruited his even more suggestible nephew, Tanner Ruane, to help carry out the murder spree.  Martin had given the men specific instructions on how to carry out the killings: Bieber and his bodyguard were to be castrated and strangled with a paisley tie. Ugh, oh my God, that’s disgusting! I fucking hate paisley!

Martin, who is obsessed with Bieber and has a tattoo of him on his leg, had a change of heart, and in a race against time, told authorities about the plot before any harm could be done to Canada’s biggest load of vaginal discharge since Avril Lavigne.  The End.