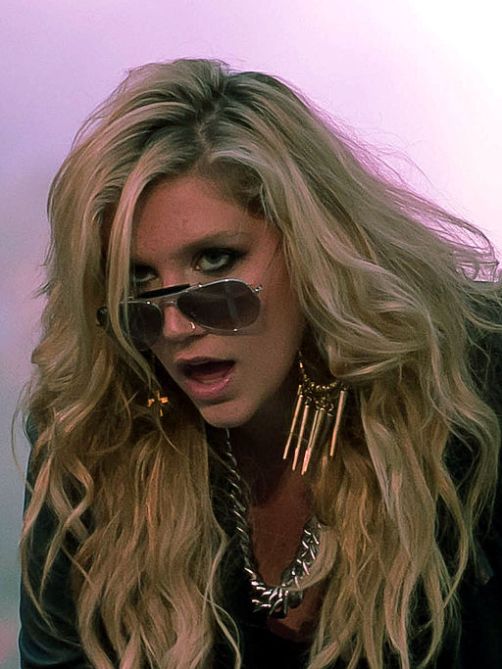 In the wake of the Newtown, Connecticut school shooting, the media has become hyper-sensitive to anything that has a remote mention of violence or death, yanking T.V. episodes off the air and delaying movie premieres, until we all forget about it in two weeks and everything goes back to normal  But, one good thing has come out of all of this: Ke$ha’s song ‘Die Young’ is being yanked off the airwaves too, but for all the wrong reasons.

If you listen to the lyrics of the song, they’re annoying and will probably incite deep feelings of hatred and violence, but it’s not actually about ‘dying young.’  It’s a fucking simile people!

“Let’s make the most of the night like we’re gonna die young,”  See that word, ‘like’? It’s saying to have fun and live your life because you may die sooner than you think.  Fuck! I’m not only quoting Ke$ha now, I’m defending her trite, poorly written song.

But even though Ke$ha claims she’s some kind of ‘Warrior,’ she rolled on this thing faster than Lindsay Lohan trying to pin a gram on one of her assistants. Now, she’s apologizing for the song and saying she was forced to sing it even though she didn’t want to, tweeting:

“I had my very own issues with “die young” for this reason.  I did NOT want to sing those lyrics and I was FORCED TO.”

Yes. Forced.  To sing the song. Over and over again, Ad Nauseum. Probably a couple hundred takes in the recording studio, then at all her concerts.  Because Ke$ha’s really smart and she knows what a terrible song it is; she only sang it because they were holding her millions of dollars hostage if she didn’t. It must be really hard standing up for what you believe in after the fact, in order to make yourself appear blameless for something that has absolutely nothing to do with you in the first place.